ODS was created with a simple mission - provide high quality, high energy sports programs for children who were being missed. We are grateful to have the chance to work with these wonderful kids and are eager to share some of their stories. 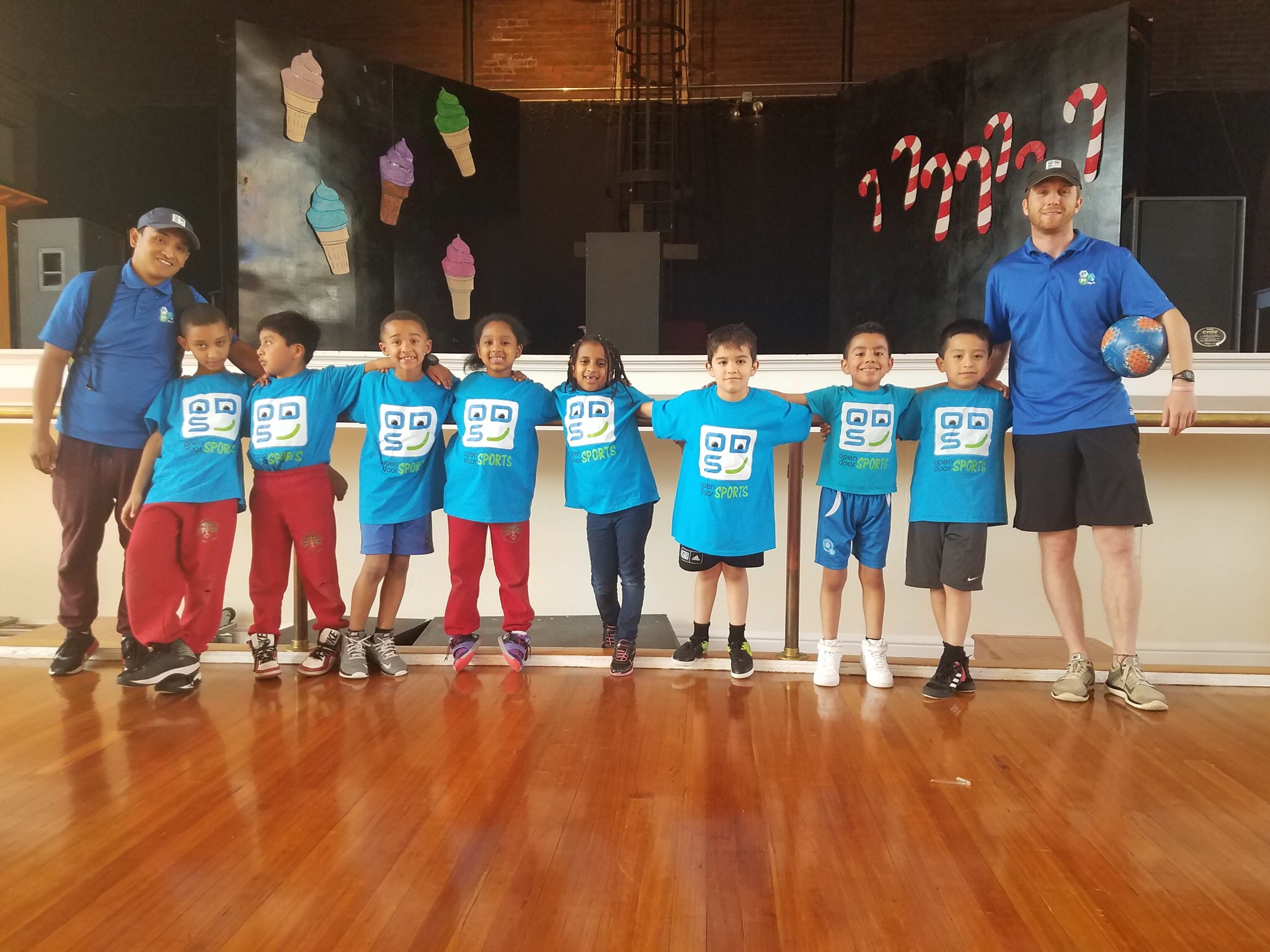 I wanted to write a quick email to say thank you to Open Door Sports for bringing their soccer program to Sacred Heart this year. My son, Remy, looks forward to class every week and thinks that Coach Eduardo is the greatest! Remy not only has fun, but he also learns a lot of skills and techniques and is mastering how to play as a team. He looks up to his coaches as role models and is always eager to tell me what he learned after class. Both Remy’s dad and I work long hours so it would be difficult for us logistically and financially to transport him to an off-campus soccer program. Thanks to Open Door Sports, he has access to the sport he loves without having to leave his school.

I also have to praise ODS for being flexible and making use of the space that we have. As you know, Sacred Heart is an urban school located in the heart of DC and we are surrounded by a concrete parking lot. I am so happy that ODS agreed to improvise and use our school gym for soccer practice, rather than to turn us away because we lack a real playing field. ODS has been a wonderful addition to our school’s aftercare program and they have given so many of our kids an opportunity that they would otherwise not have. I sincerely hope that ODS continues to be a part of Sacred Heart’s after school program next year.

Evelyn is a 7-year-old second grader who lives in Silver Spring, MD. Seeing her now, it's hard to believe she weighed only 2 pounds at birth. The saying that most preemies "catch up" to their full-term peers by age 2 did not apply to Evelyn. She struggled with expressive language, fine and gross motor skills, and emotional regulation. Before her 3rd birthday, she was diagnosed with autism spectrum disorder (ASD).

She has received years of support in special education, with speech therapy, O.T. and P.T. in school and has come so far that she has been "mainstreamed" into a general education classroom with typically developing peers. She loves it and has enjoyed making so many new friends this year. 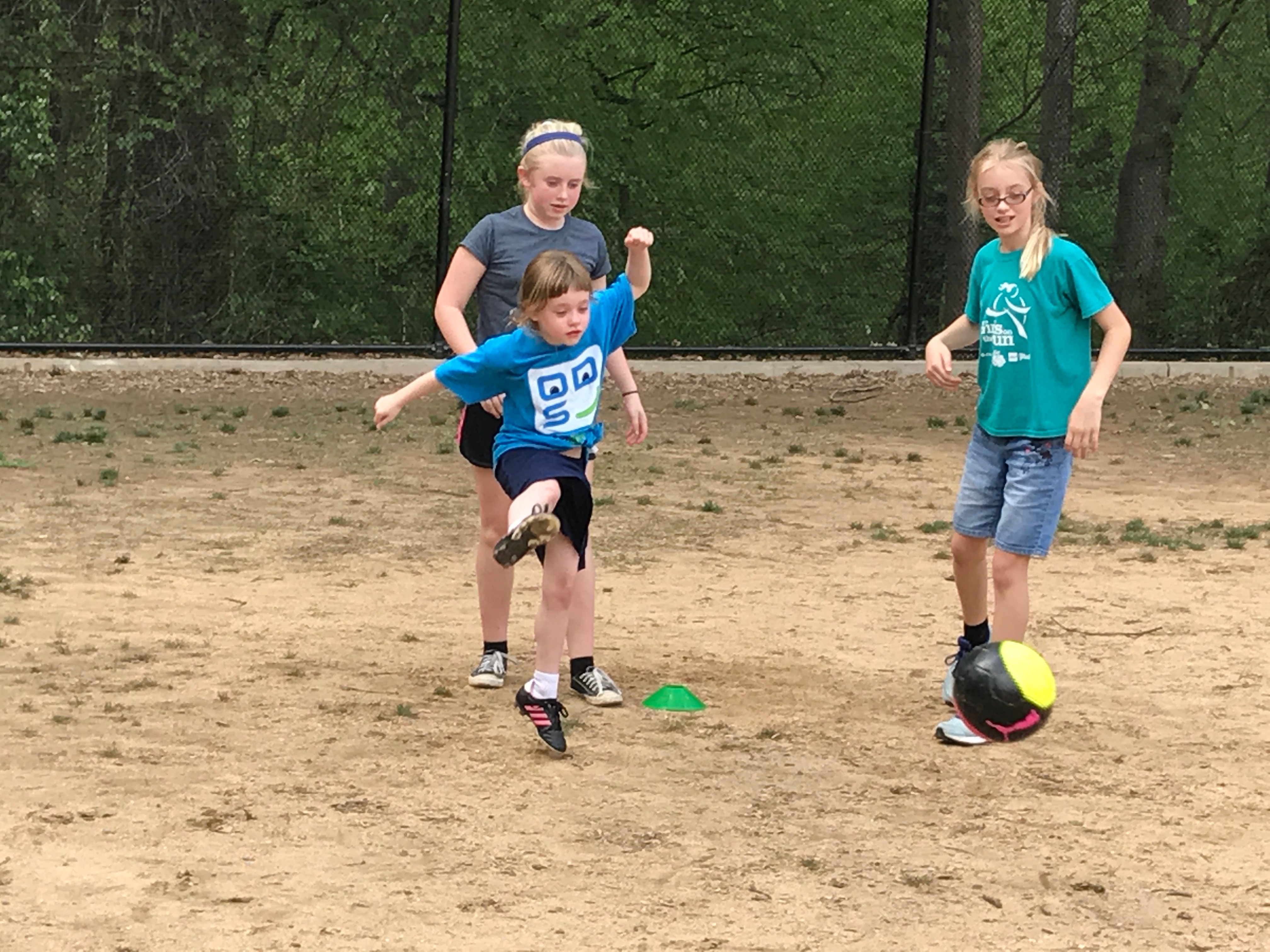 Though Evelyn is always willing to try new things, she was worried about signing up for after-school activities. With sports, she is usually more comfortable as a cheerleader than as a participant. As her parents, we were concerned that any sports program would likely be filled with peers that have been playing for years and were so advanced as to overshadow Evelyn's need for basic skill development. We also knew that Evelyn's different learning style requires extra patience and highly skilled adult support.

When we learned about ODS coming to Flora M. Singer Elementary School and asked if she'd like to learn to play soccer after school, she said, "but what if I'm not good at it?" We told her that it was meant to be fun and non-competitive and that there would be older kids there helping out as "buddies." She agreed to give it a try. It took Evelyn a couple weeks to understand her new Thursday afternoon routine and there were definitely some tears, but now she enthusiastically looks forward to playing soccer after school. She proudly wears her ODS t-shirt every Thursday and feels like she's part of something special. When I arrive to pick her up she runs up to me beaming. "Mama, I scored a goal, did you see me???" Then, she runs back to try for another one. She says "scoring goals makes me feel happy," and "I like when there are a whole bunch of kids playing soccer together." She particularly loves Coach Emily.

ODS is about so much more than soccer. It's about inclusion, meeting kids where they are, and helping them to learn new skills in a fun way. Seeing the older buddies supporting differently-abled kids gives me great hope for the future. When we signed up for ODS, we were just hoping Evelyn might have some fun, but we have actually gained a stronger sense of community. We are truly grateful.

A note from Matt's Mom 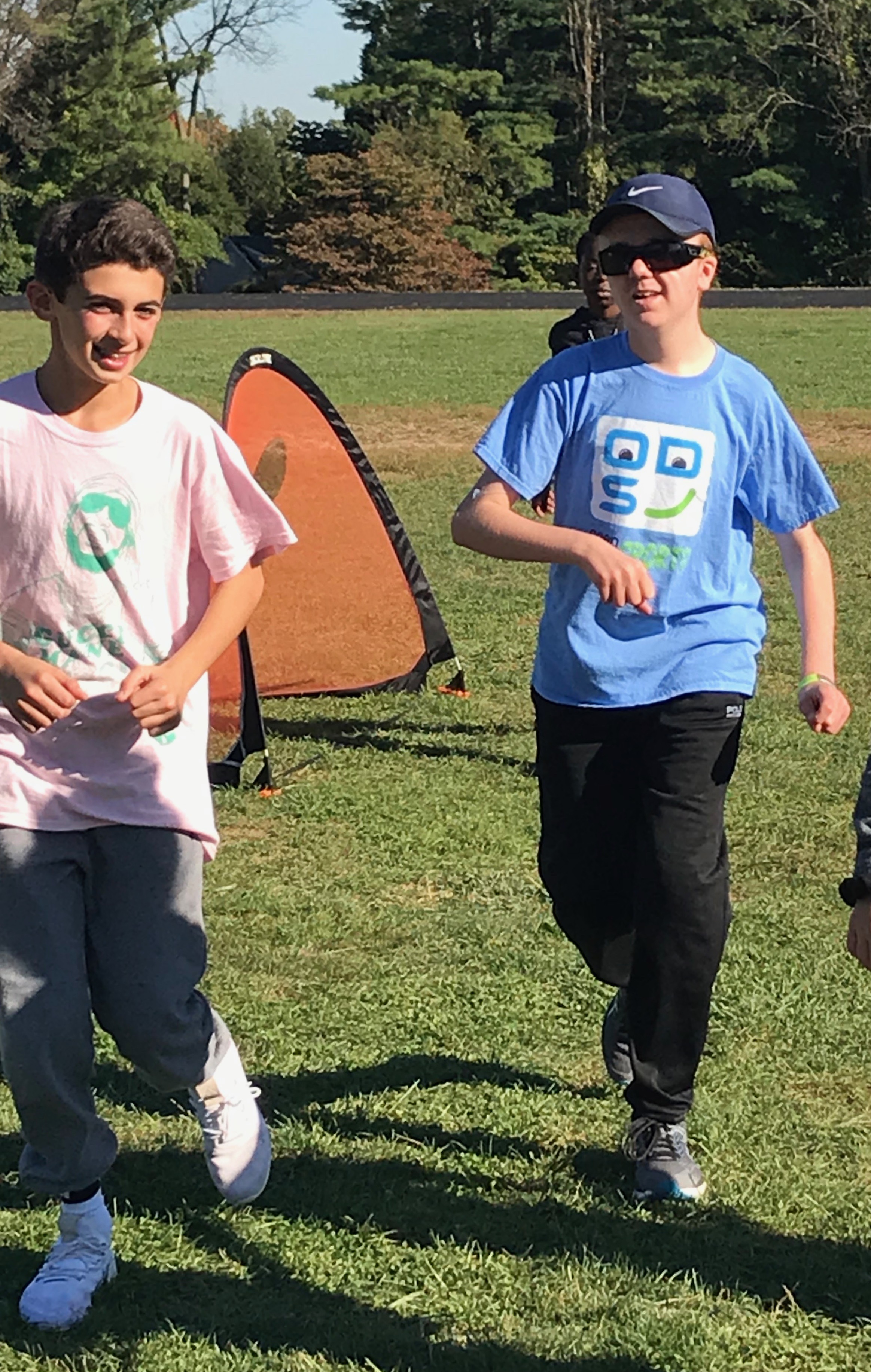 Coach Sarah...I was so glad to meet you today. Thanks so much for bringing ODS to Tilden. Matt is having a great time. He came home last week so pumped up. He came in to me as I was making dinner and told me "I'm just so happy, Mom." When I asked him why, he said "Soccer and school." He's only moderately verbal so having such spontaneous speech shows how much he's really enjoying himself.

Thanks again for everything. We truly appreciate it.

A note from Sydney's Mom

Sydney had such a great experience volunteering with ODS. Not only did she make great new friends with John and Peter, but through it she recognized how much she enjoys helping out and working with her special needs peers, and is now actively involved in Best Buddies as well! 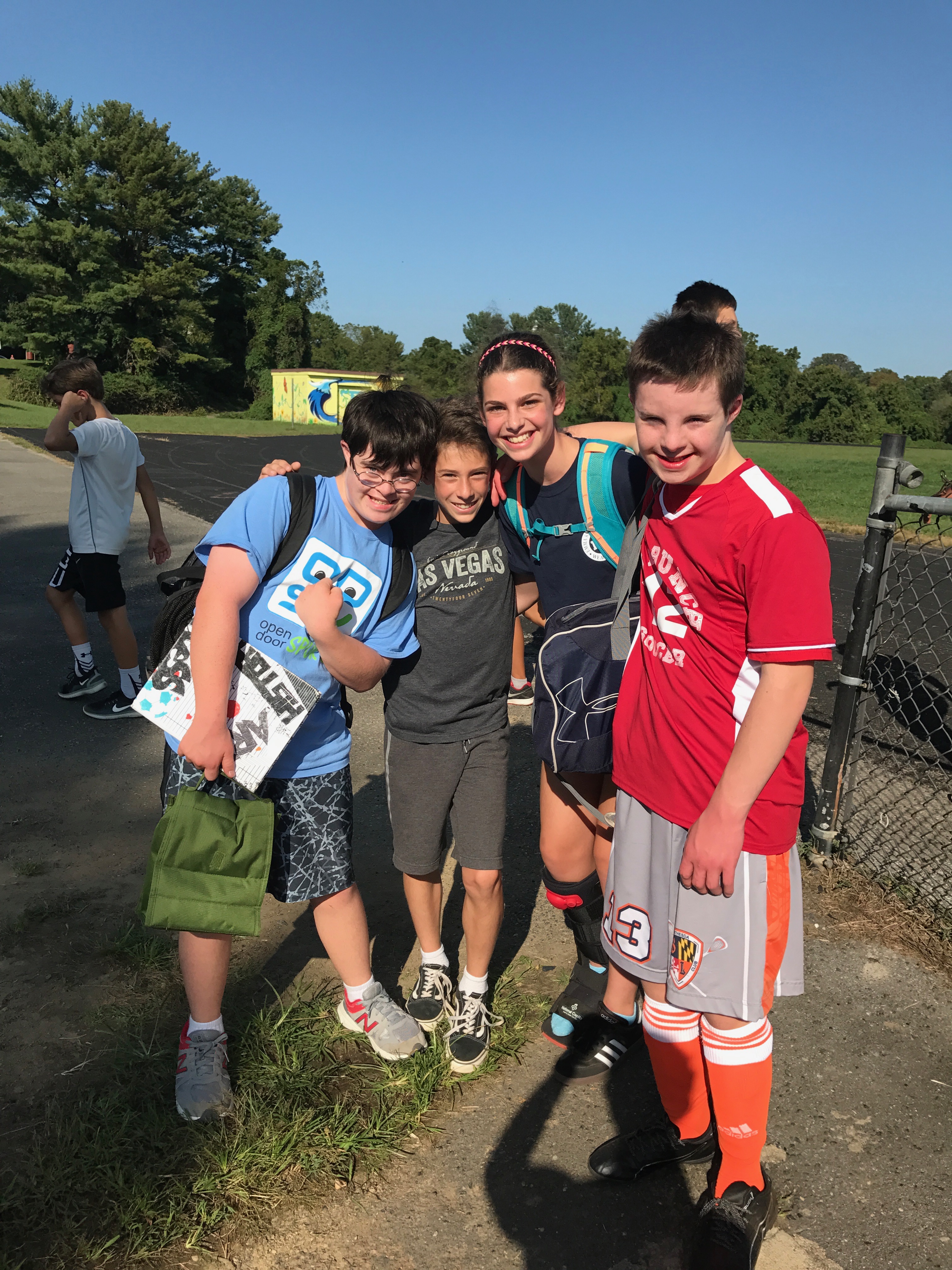 As you know, Sydney volunteered with ODS for her Bat Mitzvah service project. Her Bat Mitzvah was 2 weekends ago (conveniently just before Giving Tuesday) and she wanted to donate some of her gift money to ODS, so we told her we'd match her gift.

Thank you for creating such a fantastic organization, and for giving Sydney the opportunity to make meaningful connections. She said ODS will be back at Tilden this spring, and you can definitely count on her participation!